The service type 'Web' can run normal web applications, REST and Web services. In the configuration when selecting the 'Web' type requires a folder path with .war files.

a .war file is simply a zip file containing compiled java code and wsdl and other resources. In the workbench a war file is created by exporting a project of type 'Dynamic Web Project.

A request to a web service is a post of a XML file in a specific format called SOAP. It is possible to manually parse the incoming XML file and answer with a XML file in SOAP format respond with another but it is recommended to use a Web service framework that makes it easier.

360 is shipped with two different frameworks CXF and Axis2. CXF is newer and our test shows that it is up to 40% faster. The CXF sample war can be found in the forum group Tool Code and it is called MyWS.war. The axis2 version of the war is called MyAxisWS.war

The classpath option should normally not be checked. 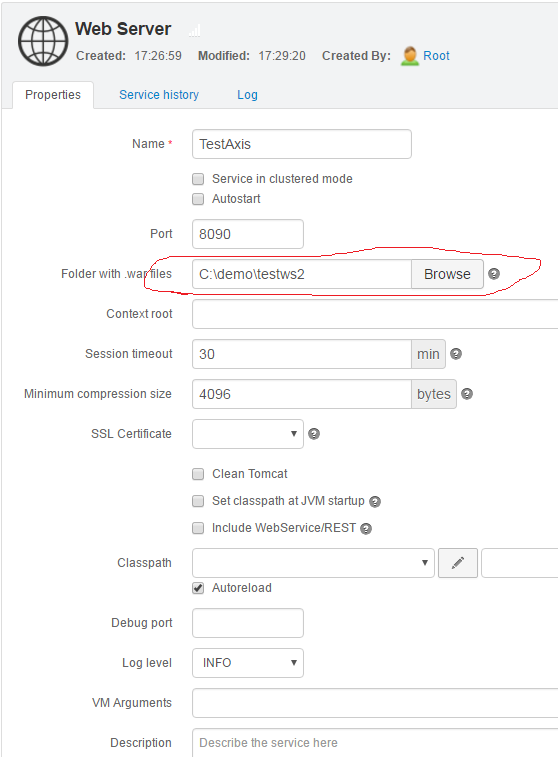